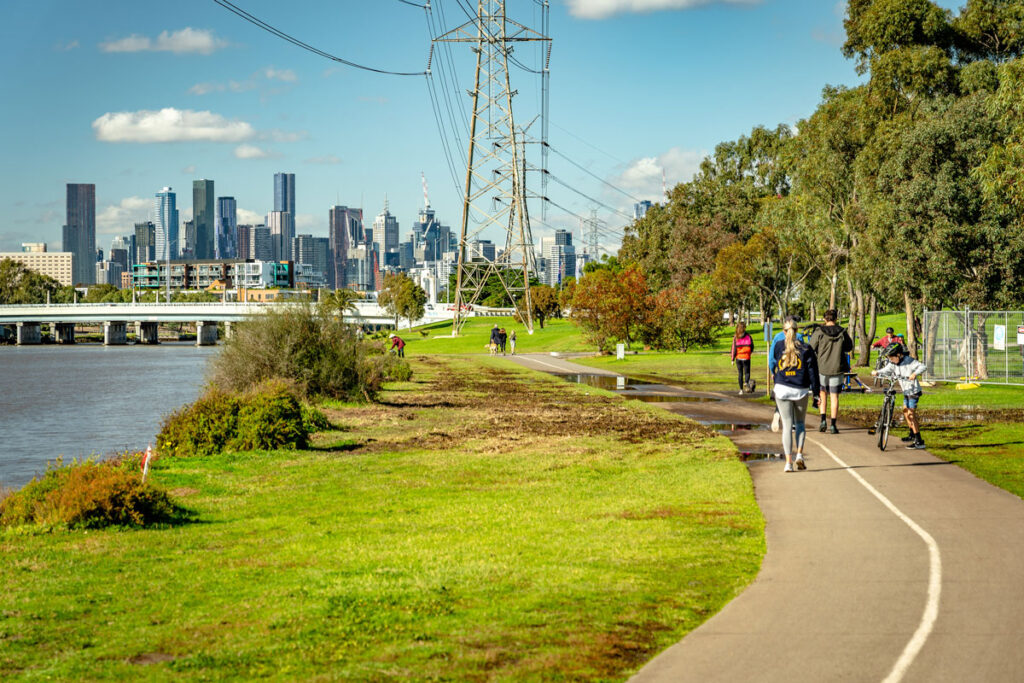 An abundance of trees and native shrubs have been planted at selected `hot zones’ across the city as part of Melbourne Water’s Urban Cooling Program.

The project, two years in the making, has seen a total of 770 trees and more than 17,000 shrubs planted along pathways in Melbourne’s south-east, north and inner west – all at popular community spots used by walkers, joggers and cyclists and identified as locations which would benefit from increased shade.

The final stage of the initiative has just finished and saw Melbourne Water work with Maribyrnong City Council planting at three sites along the Maribyrnong River – Burton Crescent Reserve, Burndap Park and near the Heavenly Queen Temple in Footscray.

Earlier Urban Cooling projects focused on Edithvale Wetlands, supported by Friends of Edithvale-Seaford Wetlands and Kingston City Council, and at Jacana Wetlands, with the support of Friends of Moonee Ponds Creek and Hume City Council.

“We’re working to create cooler and greener public places across Melbourne so that people can enjoy more time outdoors and in nature,” Ms McLachlan said.

“Because of climate change we can expect increasing frequent, longer and hotter summers. Cities like Melbourne are built with concrete and paved with asphalt. These surfaces absorb and radiate heat and create temperatures that can be significantly hotter than at the coast, country or in suburban areas with established trees.

“The good news is, there is growing evidence that being under a leafy tree can feel 10 degrees cooler than standing in the sun.

City of Maribyrnong Mayor Cr Michael Clarke said the Council was proud to work with Melbourne Water to support an important program.

“Increasing greenery throughout our municipality is a priority for Council as it not only helps keep our city cool during the warmer months - and looks great - but it also reduces pollution and encourages more outside activity among residents,” Cr Clarke said.

The Urban Cooling Program is just one action Melbourne Water is taking on climate change.

For more information about our projects and initiatives to reduce our carbon footprint and generate more renewable energy, visit Our Path to Net Zero page, or Melbourne Water.