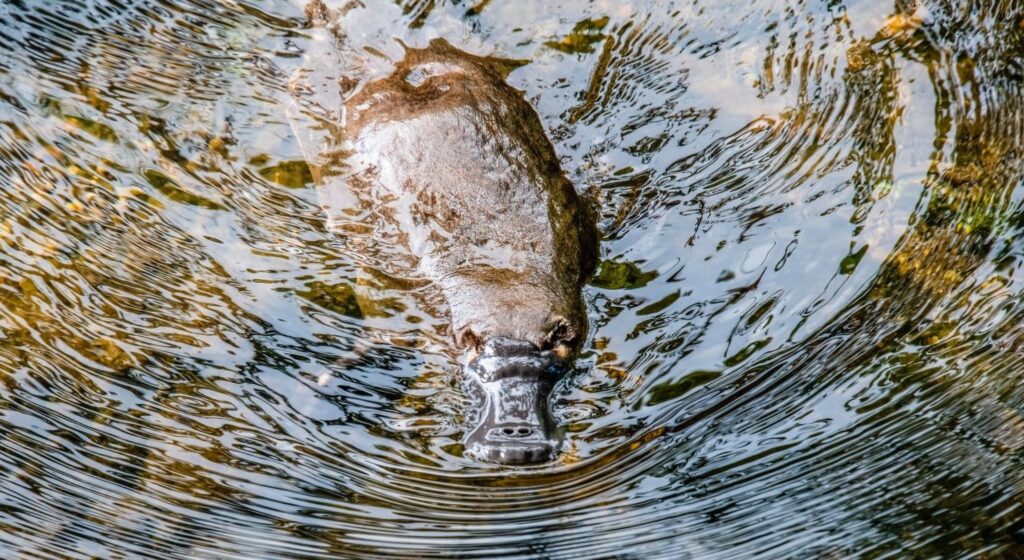 South East Water and Melbourne Water are collaborating with the University of Melbourne and Yarra Ranges Council on a project that harnesses smart rainwater tanks and urban lakes to provide water to platypus habitat at a critical time - the lead up to the breeding season.

Healthy habitat for breeding is particularly important for the platypus because the babies – known as puggles - don’t hatch as fully formed platypus, but rather they are blind and hairless, need a lot of milk and constant care to survive. They are also famous for being one of a rare type of species known as monotreme, which are mammals that lay eggs.

For their survival, not only do they need a healthy habitat to be born into, but their mothers also need to be strong and healthy to ensure they can look after their puggles. Recurring natural disasters such as droughts, bushfires, climate change and land clearing (by humans) have had an impact on their habitat and has resulted in a decline in their population.

Projects such as this are more important than ever to ensure the sustainability of the species. This new project will help improve their natural habitat, giving them the best chance to thrive, and ultimately lead to an increase in the platypus population.

Work on waterways to stop erosion and to protect against flooding means that platypus is now a rare site in urban areas as the quality of their natural habitat is compromised.  Natural streamflow in urban streams has also had an impact. The overall result is that less groundwater is available to feed the stream during dry weather, leaving stream baseflows lower, particularly during summer and autumn.

This has major consequences for the breeding season as it compromises their habitat and primary food source exactly when the female platypus needs nourishment and optimum habitat for reproduction.

The Waterways Ecosystem Research Group from the University of Melbourne, in partnership with  Melbourne Water, South East Water and Yarra Ranges Council, have developed an approach that they hope will protect the population of platypus in Monbulk Creek, in Melbourne’s outer east. According to the Melbourne Water Healthy Waterways Strategy  this population of platypus is considered to be at risk due to climate change, and is the last remaining population in the Dandenong Creek catchment, so in order to protect them, it is critical that action be taken as soon as possible.

South East Water’s technology division, IoTA, are developing a network of smart rainwater tanks which will be installed around the Monbulk Creek catchment. South East Water will work with Council, local businesses and householders to install the water tanks for the project trial. The tanks are offered to householders free of charge.

The smart rainwater tank is equipped with a controller, known as the ‘Tank Talk’, which uses a mechanical valve that’s connected to a control box. This control box receives rainfall and weather data twice a day from the Bureau of Meteorology.

The team at the University of Melbourne will create a smart network, the rainwater tanks will ‘talk’ to the other tanks and coordinate their releases, so the platypus population enjoys the maximum benefit. The technology will also ensure that each tank has enough water for all household needs, such as toilet flushing, washing machine use and watering the garden.

This use of smart water technology is not only great news for our local platypus population, but it’s good news for future urban environments as it will potentially reduce the need to transport water from regional areas and harness rainwater and storm water to provide irrigation to urban green spaces.

If you’d like to read more about the research trial and the technology, the University of Melbourne Pursuit website provides a thorough overview of the project.