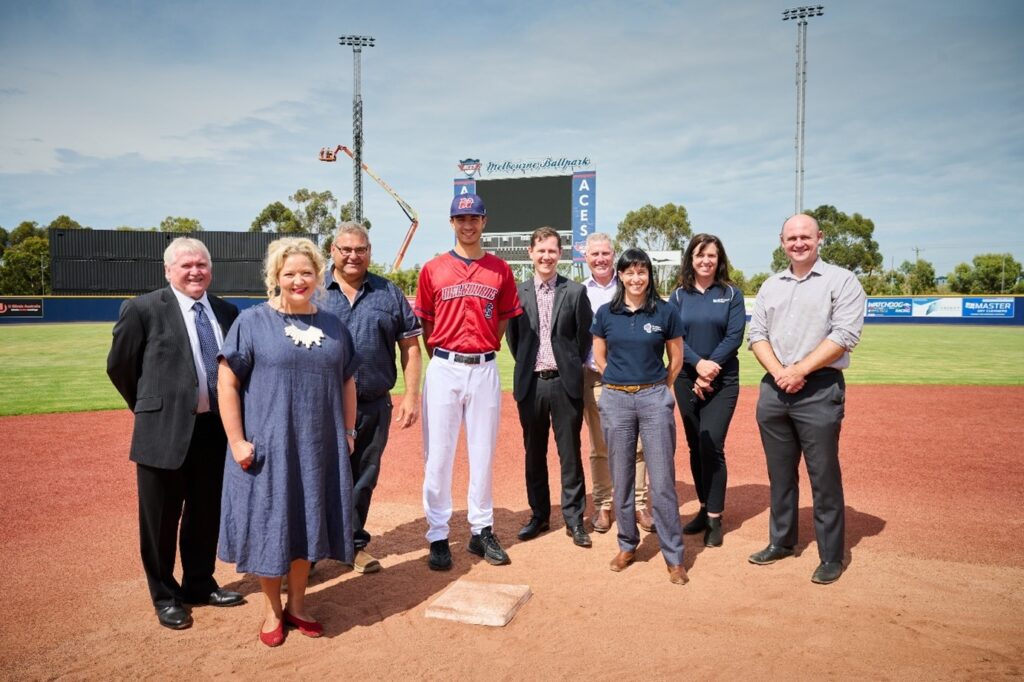 Up to 10 million litres of drinking water will be saved each year with an innovative stormwater harvesting project at Melbourne Ballpark, home to the State Baseball Softball Centre.

By providing the ballpark access to a reliable supply of treated stormwater, the project allows them to keep their playing fields green all year round. The natural grass surface is important for sports players as it creates a cooler and softer playing environment than synthetic grasses. The project will also save the ballpark up to $20,000 each year which they can divert into developing their sports programs.

“This is an example of Greater Western Water’s investment towards making communities more climate-resilient. With the support of our partners, we’ve delivered a project that highlights the benefits of integrated water management,” she said.

The project forms part of the Laverton Stormwater Harvesting Scheme, a wetlands area near the ballpark that also supplies water to neighbouring AB Shaw Reserve. You can read more about that here.