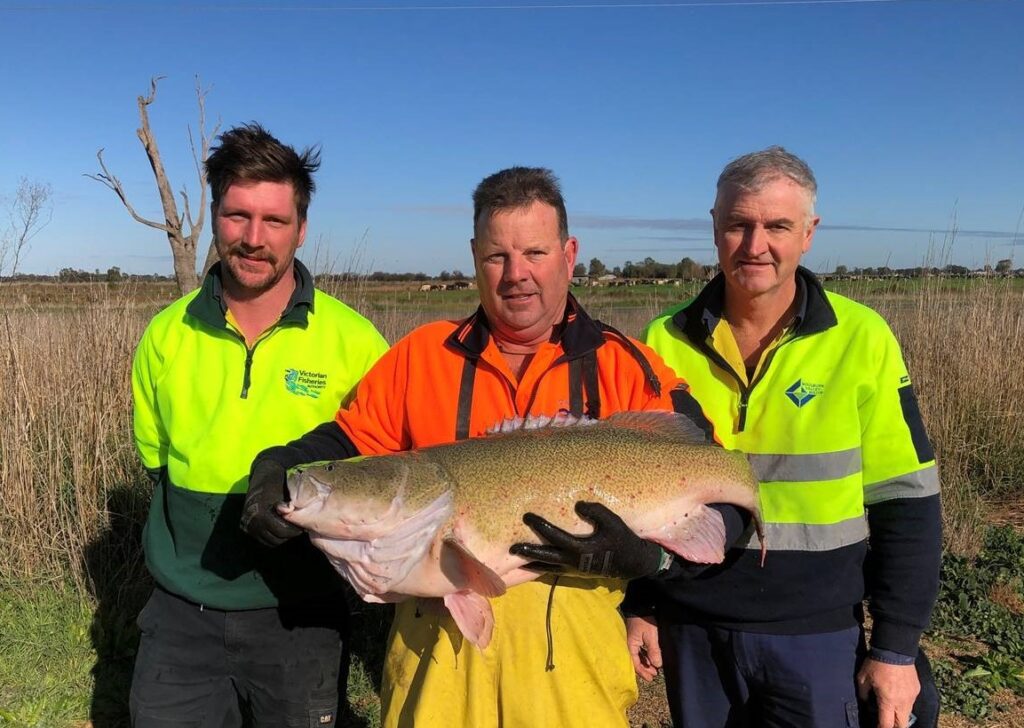 Goulburn-Murray Water (GMW) and Goulburn Valley Water (GVW) recently teamed up to relocate some fish to a place where they will be a perk instead of a pest.

During its Winter Works program, GMW lowers channels across its region so it can desilt them and treat them for weeds. One such channel GMW lowered in late July was the Number 1 Channel at Leitchville.

GMW works closely with the Victorian Fisheries Authority (VFA) to ensure when the channels are lowered the fish can be rescued and relocated. With the channel near Leitchville GMW also collaborated with GVW to relocate the fish to a fish hatchery in Shepparton.

The fish hatchery will help stock GVW and the Burnanga Indigenous Fishing Club’s Dunyak Moira project (meaning fishing lake in Yorta Yorta language). The project will transform two decommissioned lagoons at the Merrigum Water Treatment Plant into lakes that will be stocked with native fish.

GMW Water Delivery Services general manager Warren Blyth said he was pleased GMW could support this project while also completing its own works.